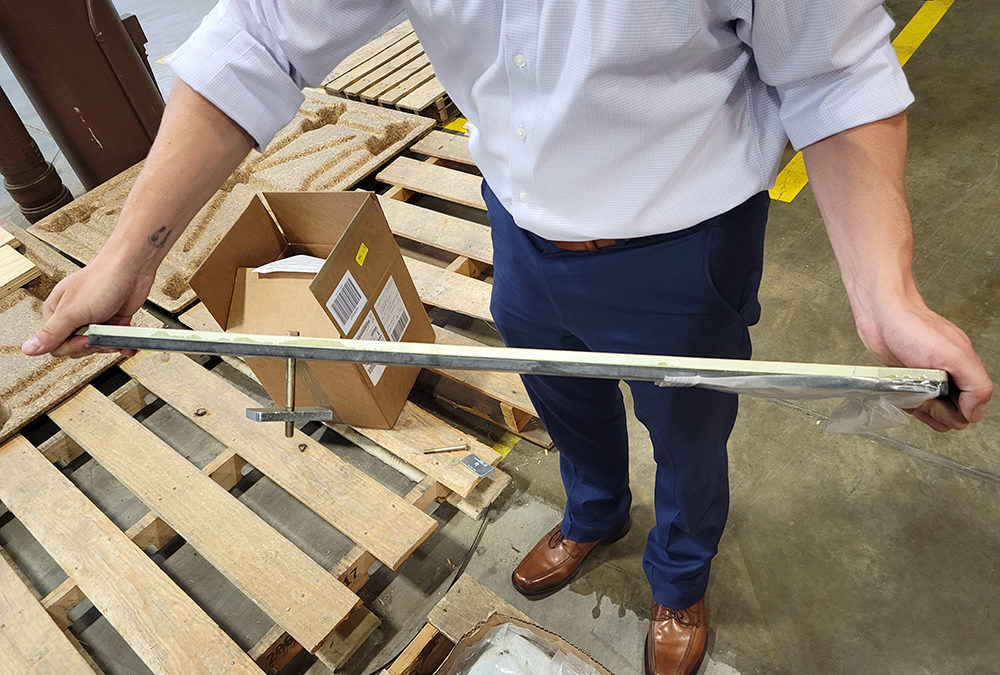 BOSSIER CITY, La. — A solution initially developed at the first design sprint hosted by STRIKEWERX is now being scaled across all the 450 missile launch facilities throughout Air Force Global Strike Command.

The design sprint took place at STRIKEWERX in Bossier City, Louisiana, in fall 2020 with the goal of improving an Airman’s concept cover for the command’s Transporter Erector jack stands.  “This project was a huge success for STRIKEWERX and AFGSC,” said Russ Mathers, STRIKEWERX Director.  “Innovation hubs shoot for a 10% fielding rate. We’re excited for the Airmen to have the Air Force scale this project up and field it across all the missile fields in the Air Force.”

The current T.E. jack stand design, which is used by all AFGSC missile handling teams, lacks a cover for the tie down slots, allowing the slots to become filled with dirt, gravel and snow.

The design sprint process brought together a team of experts to spend five days defining the challenge and problem, understanding user need, creating a prototype solution, and then testing that prototype.

The sprint yielded a prototype of a low-profile steel cover with gasket seal. The original design was modified for better gasket adhesion and to secure it in place.

More than 900 pieces are now under production by Northrup Grumman. All the covers are projected to be at each missile wing by the end of June 2022.

MSgt. Joshuwa Bolton, who championed the idea and developed the initial solution, said that the command is clear that it cares about solving problems affecting all levels of Airmen.

“The design sprint was a net positive for all people involved,” said Bolton. “I enjoyed the team that arrived to conduct the design sprint and later the support team at AFGSC that helped get the idea across the finish line.”

While the solution saves nearly $10,000 per year, equally important is the savings in maintenance time for Airmen.

The solution cut maintenance time by 90%, saving 85 minutes per site. This is a boost of quality of life for the command’s missile maintainers.

Bolton said this solution will show younger Airmen that there are ways to improve processes and see results.

“Many young Airmen desire to make a difference. By having this innovation completed, it gives all Airmen the knowledge that they can voice their opinions and ideas,” said Bolton. “Additionally, it shows that the ideas are valued and can be brought to service within their careers.”

MSgt. Edward Burlison, manager of ICBM Transformation and Sustainment, said this milestone justifies the design sprint as a technique for solving AFGSC problems.

“I think design sprints are a great option to pursue solutions for ideas,” said Burlison. “This solution gives Airmen something tangible to see that not all ideas disappear into a void.”

While the sprint was a success, Burlison pointed out that he is looking forward to improving the process.

“We did learn from the process and identified additional stakeholders that should have been included, which should make future design sprints a faster path to the testing of the minimum viable product,” said Burlison.