STRIKEWERX gets innovative for ICBM maintenance 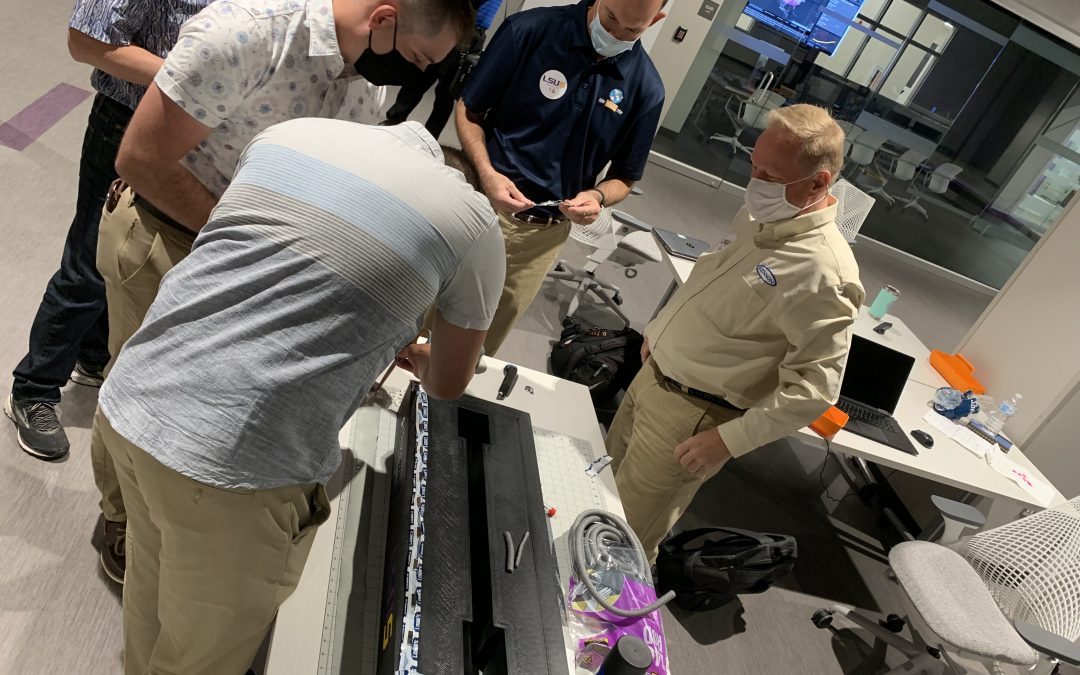 The five-day Design Sprint took place at STRIKEWERX in Bossier City, Louisiana, bringing together industry and academia partners to weigh-in on improving an Airmen’s concept cover for the command’s Transporter Erector jack stands.

The current T.E. jack stand design, which is used by all AFGSC missile handling teams, lacks a cover for the tie down slots, allowing the slots to become filled with dirt, gravel and snow. This design flaw was a problem that Maj. Ryan Chapman, Air Force Global Strike Command executive chief scientist, and his team thought the STRIKEWERX program would be able to help address.

“The lack of T.E. tie down slot covers is costing our Airmen 361 man-hours a year,” Chapman said. “It’s also a morale issue, as Airmen have to dig up ice, rocks and debris to perform routine maintenance.”

To remedy the problem, Airmen got innovative to find a way to resolve the issues they face with the current equipment.

“I am not the first person to think of this concept,” Bolton said. “I am just the person who has had support in getting the idea to reality.”

While the first of its kind, this Design Sprint event exemplifies how the STRIKEWERX program enables an AFGSC Airman’s idea to transform from concept to reality.

“This [Design] Sprint brought together an intricate team to work toward finding a scalable solution,” Chapman said. “We brought in Mechanical Engineering and Design PhDs, industry experts and partnered with a facility containing over 30 3D printers to invest in our Airmen’s ideas.”

The event was not only successful in producing two prototypes that are headed into the testing phase within the command, but also showcased the command’s commitment to Airmen innovation.

“What I love about the Design Sprint is that we took one of our Tech. Sergeant’s ideas, invested in it and showed our Airmen how committed we are into making their lives better,” Chapman said. “So many times we hear that ideas die at certain points in the chain of command but here we went all-in with STRIKEWERX’s resources to scale it up across all of our missile wings.”

“Our first design sprint was a huge success,” Mathers said. “The Airmen from the missile wings who had the grassroots idea to create a cover were able to help design it [prototypes], and see their idea fully supported by the AFGSC headquarters staff.”

STRIKEWERX will continue to host Design Sprint iterations to tackle various issues from around the command.

“We’re excited by our successful week and look forward to many more design sprints to solve problems in the future,” Mathers added.