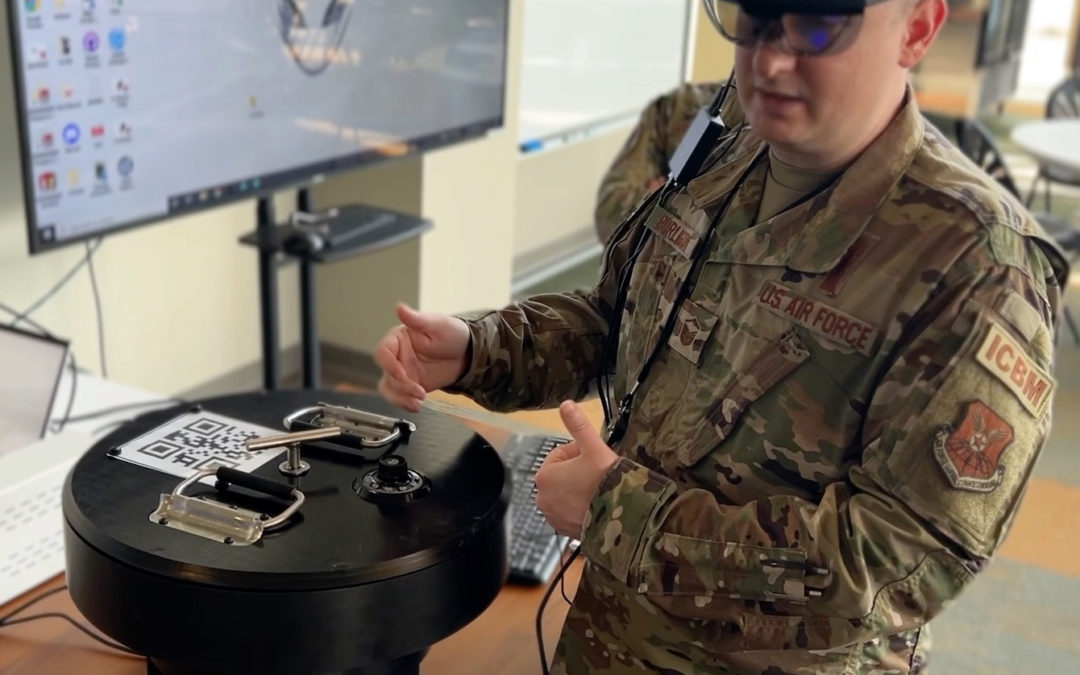 The new training model combines augmented reality with a physical model of an A Circuit device to provide the most realistic training possible for the largest concentration of security forces in the U.S. Air Force.

The A Circuit is a security device – similar to a vault door – safeguarding Intercontinental Ballistic Missile fields that require regular changing of combinations. Because the device is heavy duty but delicate, being off on the combination or even bumping the locking mechanism can cause a user to be “locked out.” Unlocking it again is costly and time consuming for teams of Airmen.

The Cyber Innovation Center, via its Partnership Intermediary Agreement with CIC and AFGSC, contracted with BetaFlix, Inc., based in Ruston, Louisiana, to develop a prototype that will enhance training for the A-circuit combination changing process.

That prototype was tested from May to September this year at F.E. Warren AFB, Wyoming, Minot AFB, North Dakota, and Malmstrom AFB, Montana. Approximately 300 Airmen trained on the device during this testing phase.

Feedback from testing was positive, with the unique type of training and the opportunity to avoid lockouts specifically singled out for praise. The eagerness of security forces Airmen to train on the device was also highlighted as a benefit.

Master Sgt. Ryan Bell, section chief of the 791st Missile Security Forces Squadron, noted in his feedback that the A Circuit trainer is worth investing in.

“This system is teaching something that has, until now, been unteachable due to the risk of breaking a real-world asset,” Bell said. “This type of training is more engaging for the type of learners we now have as the bulk of our enlisted force.”

From May 2019 to May 2021, there were 41 documented issues with the A-Circuit. There were 23 destructive actions taken to remedy these issues that resulted in the loss of the A-Circuit. During that same time frame, there was an expenditure of $376,189.61 due to destructive actions taken. Maintainers also spent a minimum of approximately 2,176 manhours because of these issues.

Project Champion Master Sgt. Edward Burlison, manager of ICBM transformation and sustainment, noted that the trainer showed promise for cutting down on these costs and lost manhours.

The plan moving forward is to deliver the A Circuit Trainer to the missile wings and set it up for sustainment.