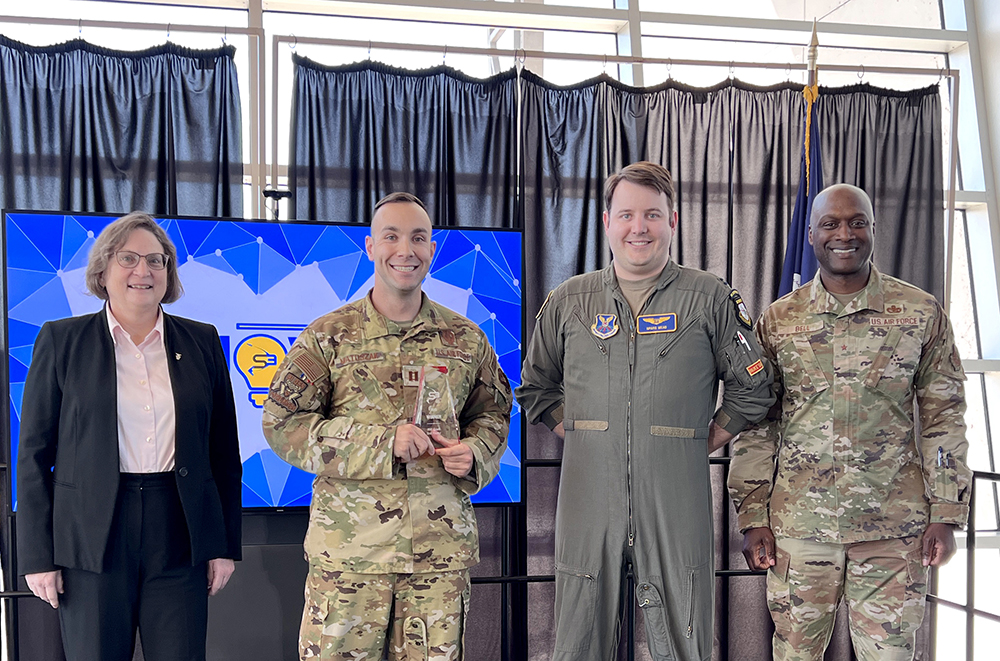 BOSSIER CITY, La. — A winning idea from Air Force Global Strike Command’s STRIKEWERX Spark Sprint (S3) pitch competition has been selected as one of the top innovation ideas across the U.S. Air Force.

The “B-52 Nuclear Arming Components: Mobile Shielded Coding Enclosure” by Capt. Matthew Matuszak and Capt. Stephen Mead from Minot Air Force Base, North Dakota, was one of 15 submissions chosen from a field of 235 ideas to be DAF level semifinalist.

The team will now compete to be one of the finalists presenting at the 2023 Air and Space Forces Association Warfare Symposium.

“Airmen-driven innovation is vital for modernizing our Command,” said AFGSC Chief Scientist Dr. Donna Senft. “Having one of our Airmen’s ideas, first pitched at this year’s S3, chosen as one of the top 15 ideas from more than 200 submissions shows that the innovation culture is taking root in Global Strike Command.”

AFGSC has now had at least one project in the semifinals since starting S3 in 2020, which places AFGSC ideas in the top 8% three years in a row.

Previous semifinals include the “Go-Comm Kit” by Staff Sgt. Daniel Brewer from Dyess Air Force Base, Texas, and “Sustaining the B-52 Ejection System” from Capt. Robert Moran and Tech. Sgt. Julio Torres from Barksdale Air Force Base, Louisiana. Both teams won the S3 2021 pitch competition.

Brewer pitched the idea for a new communications field kit. Moran and Torres won with a pitch for an upgraded ACES II Survival Kit integration and activation for the B-52.

STRIKEWERX co-led a design sprint with AF CyberWorx in April with a team of industry, academia and government experts developing a new prototype ejection seat kit that is currently being refined for further testing.

The “Wingman App” by Staff Sgt. Kalei Sloan, of Dyess Air Force Base, Texas, was one of the S3 2020 winners.

Sloan presented a mobile app optimized for Airmen to interact with their sponsors and each other to prevent drunk driving, suicides, and assaults. Her idea was developed into the “HomeBase” app by Ruby Shore Software via the Cyber Innovation Center’s Partnership Intermediary Agreement with AFGSC.

The semifinalists will be narrowed down to six ideas. An announcement will be made on or before Jan. 6, 2023. The AFA Warfare Symposium will be held March 8, 2023, in Aurora, Colorado.